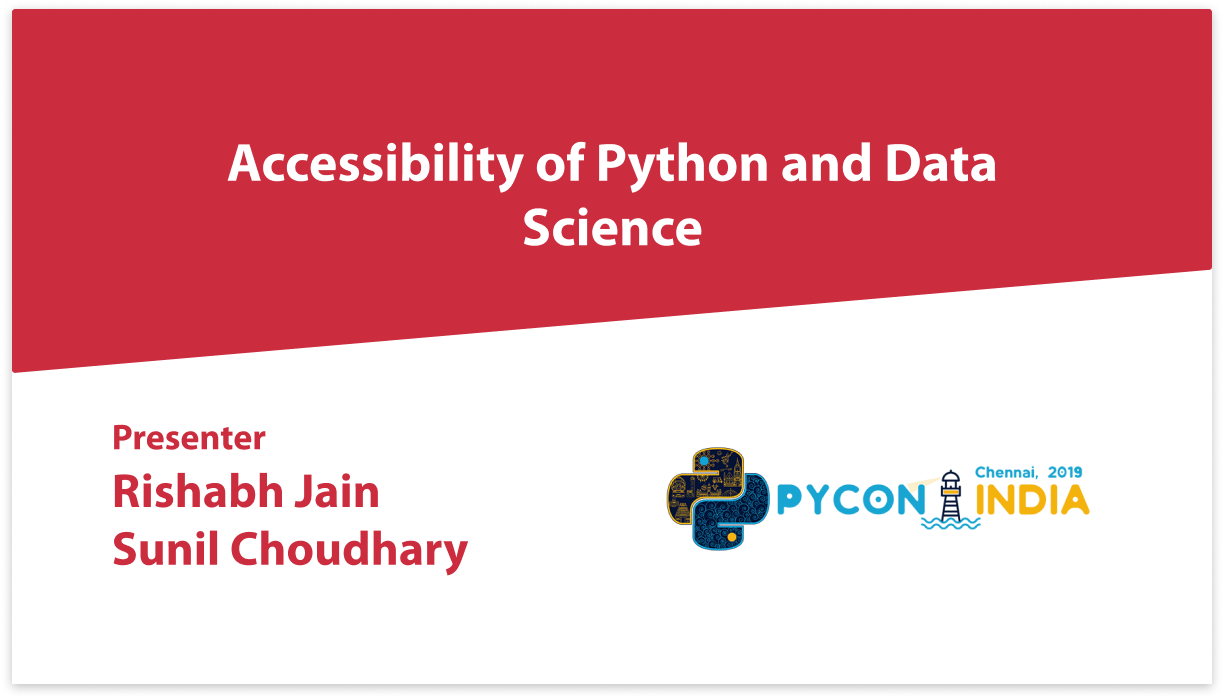 PyCon India is the premier conference in India on using and developing the python programming language, and was organized from October12-15 in Chennai, India. The conference brought together thousands of developers, data scientists, tech enthusiasts and many more from across the country, and included several sessions on a variety of topics ranging from Python-specific discussion, developer ecosystem and applied libraries. The conference was a great platform to network with like-minded developers wanting to make contributions to the language to solve developer concerns and realize innovation.

The conference involved a competitive call for talks, and I-Stem saw this as a great opportunity to discuss accessibility within this group of passionate developers. We were excited when were not only accepted to present our experiences as developers with disabilities and an organization training other developers but were also approached to make the conference more accessible in general. It is great to see the recognition of the importance of accessibility within developer circles and the proactive role people want to play to be a part of the movement. Rishabh Jain, Sunil Choudhary and Abhisar Waghmare from I-Stem presented our experiences with Python language, most common IDEs, data science tools and workflows and our experiences from our training programs. We left the audience with a set of solutions which, if implemented, can help make Python more accessible to developers with disabilities. You can find our presentation here.

Several developers approached us after the presentation to get involved, and we hope that this is just the start of a journey where we can all work together to ensure that all features when developed account for accessibility so that everyone can participate as an innovator.